Home › Freedom-Expressed › Puzzles, and ‘Hide and Seek’ were favorites… The World Is Not As You Were Taught

Puzzles, and ‘Hide and Seek’ were favorites… The World Is Not As You Were Taught

Playtime & Rabbit Holes:
WorldWideWeb Matrix of Deceptions, Illusions, and Indoctrinations.
The WEB of Lies and Deceit are being pierced and it is FUN!
This is about Puppet masters of Nations and major institutions controlling the People on Earth.
Instead of purchasing a movie for your entertainment,
Do You Wanna Play A Fun Game?
Puzzles, and Hide and seek were favorites…
Truth is often hidden in plain view.
Can you uncover some lost truth?
This is a mystery story that involves you.
[ADDENDUM: Please see comment section for additional archived evidence. ~Ron 9 Mar 2015]

Thank the Sharing People from the Russian regions for the images above.
☼
Below are images and concepts we have been searching through for years… 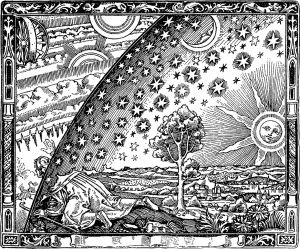 A traveler puts his head beyond the boundary of the sky dome, the firmament in the original (1888) printing of the Flammarion engraving.
Is this image sharing information about:
medieval cosmology, the flat earth, sky (heavenly firmament), as a illustration of research and the mysterious (Occulted) and strenuous quests for exploration and knowledge?

Is it a Ball, or a Disk, or a Bowl – Truth is I do not know –
With no first hand experience and no definitive evidence, we are left with claims from institutions, and ridicule if you voice any contradictions to their official claims. Accept what is taught in approved books or wear a tin foil hat!
For those who dare to look behind the curtain, they find fake photos, artistic images imitating reality…

The above wine painting is by artist Ed Roberts 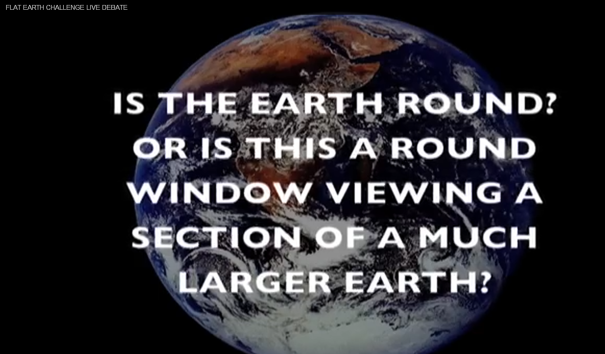 The image above has many people believing it was a real photograph with no deception, asking the viewers to accept NASA as a reliable expert institutional source for truth and honesty.
Can you spot any problems with the above image? 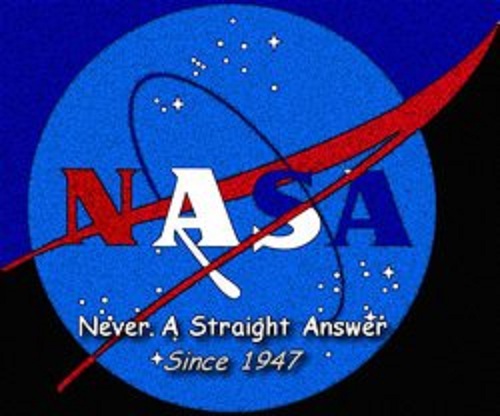 JUMP To Minute 4:50 que and see NASA’s Apollo deceptions. Please suspend beliefs and do your research.
Deception and false beliefs are abundant, and we can simply say we do not have the truth.

And Talking About Waters Below…

Posted 11 September 2011
“Filmed in Denver, August of 1997, at the Global Science Congress Convention. Arousing and provoking lectures by Paul Schaffranke and Harry Hubbard as they briefly outline certain spectacles of thought and nature. Displayed are maps from the Lazeria Collection, and the first public showing in North America of the world’s oldest map of Atlantis, crafted by the Jesuit Priest, Atanasias Kircher in 1665, which proves that modern day Plato books have been tainted with important sections left out for obvious reasons.”

“The first section up at the upper left, reads 4 channels make up the the Island and they produce 19 mouths or openings to the outer oceans. The rivers flow to the north and empty into the inner Earth.” 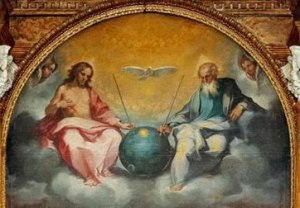 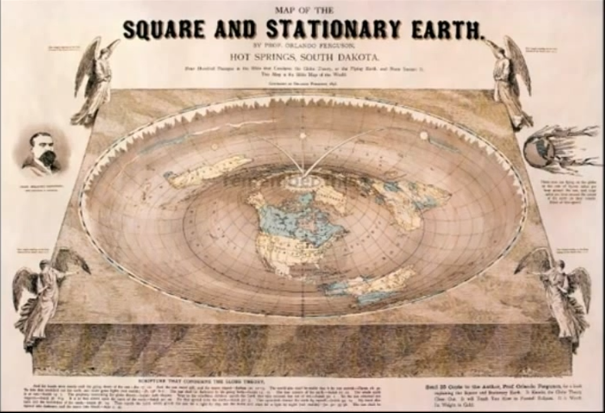 Reports state:
Per Lasson Krohg (18 June 1889 – 3 March 1965) was a Norwegian artist. Per Krohg created the mural for the United Nations Security Council Chamber, located in the United Nations building in New York City.
He was born in Åsgårdstrand as a son of painters Christian Krohg and Oda Krohg. The family lived in Paris when Per Krohg grew up… 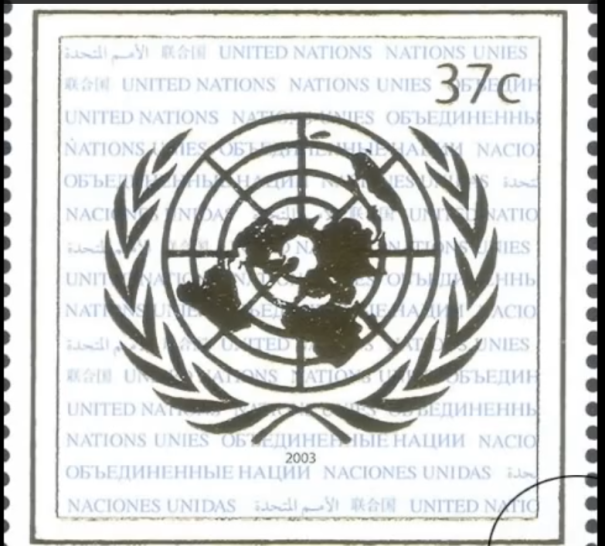 “We’ll discuss black budgets, development of technology and the reasoning behind a breakaway civilization. Joseph says that the perception on the part of the national security apparatus that some UFO activity was hostile, and concerned with nuclear and thermonuclear weapons, plus the secret collateralization of space resources in the hidden system of finance, may have led to the perception that humanity was once again at a “tower of babel moment” in history.”
☼
Forget not what was known, as common knowledge, about the walking Giants:
The Smithsonian cover-up. There are too many bones, Giant Bones!
Perhaps the amount of hidden archeology could fill the Grand Canyon…

“Perhaps the Smithsonian Institution is more interested in maintaining the status quo than rocking the boat with astonishing new discoveries that overturn previously accepted academic teachings.

Historian and linguist Carl Han, editor of World Explorer, then obtained a hiker’s map of the Grand Canyon from a bookstore in Chicago. Poring over the map, we were amazed to see that much of the area on the north side of the canyon has Egyptian names. The area around Ninety-four Mile Creek and Trinity Creek had areas (rock formations, apparently) with names like Tower of Set, Tower of Ra, Horus Temple, Osiris Temple, and Isis Temple.

In the Haunted Canyon area were such names as the Cheops Pyramid, the Buddha Cloister, Buddha Temple, Manu Temple and Shiva Temple. Was there any relationship between these places and the alleged Egyptian discoveries in the Grand Canyon?

We called a state archaeologist at the Grand Canyon, and were told that the early explorers had just liked Egyptian and Hindu names, but that it was true that this area was off limits to hikers or other visitors, “because of dangerous caves.”

Indeed, this entire area with the Egyptian and Hindu place names in the Grand Canyon is a forbidden zone—no one is allowed into this large area.

We could only conclude that this was the area where the vaults were located. Yet today, this area is curiously off-limits to all hikers and even, in large part, park personnel.

I believe that the discerning reader will see that if only a small part of the “Smithsoniangate” evidence is true then our most hallowed archaeological institution has been actively involved in suppressing evidence for advanced American cultures, evidence for ancient voyages of various cultures to North America, evidence for anomalistic giants and other oddball artifacts, and evidence that tends to disprove the official dogma that is now the history of North America.

The Smithsonian’s Board of Regents still refuses to open its meetings to the news media or the public.

If Americans were ever allowed inside the “nation’s attic,” as the Smithsonian has been called, what skeletons might they find?” –bibliotecapleyades.net

What About The Moon!

In plain view the moon is not as we are taught…

We return to that ancient graphic of the traveler attempting to pierce the sky dome because Earth People are restricted to remain below the heavens.

Akin to a fish bowl with the waters above and the waters below:
The Moon Is An Illusion & No One Goes Above Low Earth Orbit

Posted 4 March 2015
“After many thousands of hours of lunar observation and research I have come to know that the moon is an illusion and that people cannot go above low Earth orbit.
The moon is not a rock in orbit around the Earth.
[Included] some links to the Hatybow and other Russian research papers. If these works are correct we owe quite a debt to Hatybow.” –Crrow777

Sadly, the deceivers continue their deception with new policies 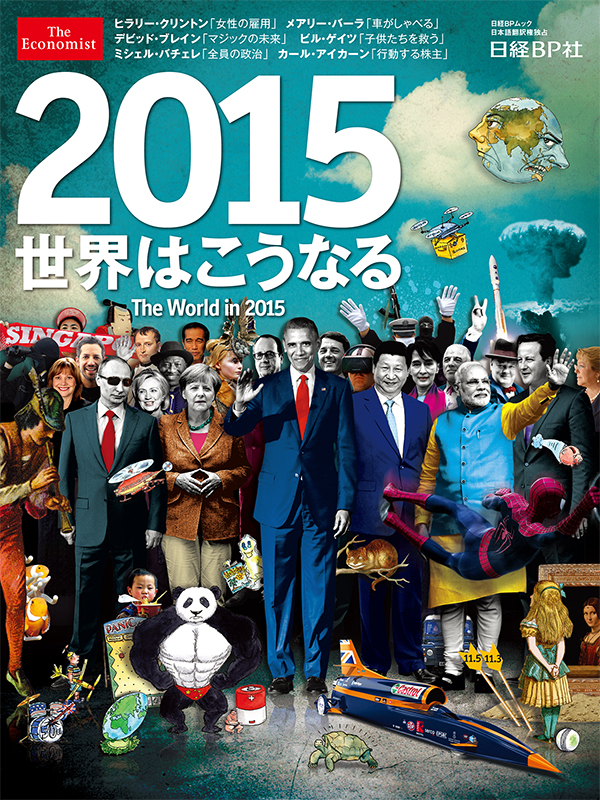 The World Is Not As You Were Taught

11 comments on “Puzzles, and ‘Hide and Seek’ were favorites… The World Is Not As You Were Taught”