Home › Freedom-Expressed › Who Are Terrorists? See For Yourself

Who Are Terrorists? See For Yourself 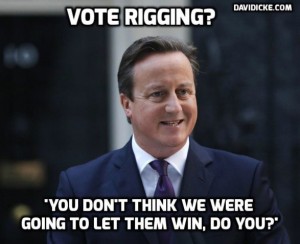 http://rt.com/op-edge/192280-cameron-isis-extremism-muslim-un/
Research Associate at the INSYTE Group, Dr. Roslyn Fuller has previously lectured at Trinity College and the National University of Ireland. She tweets at @roslynfuller

.
Eric Holder is leaving but,
“Domestic Terrorist Task Force” and “Too Big To Jail” policies remain…

Remember facts of what FBI and DHS did…

.
Remember the murder of Gaddafi and destruction of Peaceful Libya?
Hillary Clinton, Next U.S. President?

ANTAKYA, Turkey — The U.S. is counting on members of Harakat Hazm, a moderate rebel force of roughly 4,000 fighters, to battle ISIS.

They have received sophisticated anti-tank missiles from the U.S. and will head to Saudi Arabia soon for training.

But despite their partnership, the group’s leader, Hamza al-Shamali, told CBS News he had no warning of last week’s air strikes.

“We saw it on the TV like everybody else,” said al-Shamali. “We were shocked, we’re supposed to be allies. We should have been informed before the event.”

Critics of groups like Hazm complain that they are disorganized, and question their ability to fight both ISIS and the Assad regime – despite U.S. support.

When asked how much time they would need to get to a place where they would be ready to take on this fight, al-Shamali said, “I think we need several months. I think we’re more ready and more trained than before so maybe that period can be accelerated.”


Posted 30 Sep 2014
The U.S. is counting on members of the Hazm Brigade, a moderate rebel force of roughly 4,000 fighters, to battle…
Do a internet search for Hazm Brigade.
.
Remember this:

Just last week David Cameron compared ISIS terrorists to the people that question 9/11 and 7/7 official narratives, and at the time i said that he was declaring a WAR ON TRUTHERS.

In a move to combat “violent and non-violent extremists” Theresa May has outlined new plans to radicalisation or the undermining of democracy…
.

Silent Revulsion at the UN

“The world is aflood with dark psychic fluid – everything’s stained with it.” ~ Michael Ventura

What if the entire UN General Assembly got into a time machine and had to live through – all over again – the “Yellow Cake Uranium” speech by the American’s that justified the Iraq invasion? What would their faces look like?

Watch the faces in the audience as they take in Obama’s speech to the General Assembly last week.

It is quite remarkable to see this many professional diplomats unable or unwilling to hide their revulsion, horror, hatred or nauseousness. Indeed, the struggle on the faces of the most controlled – such as the UK delegation – underscores the extent to which the spin doctors are out of bullets.

It was not just the audience. President Obama was clearly struggling to maintain a straight face.

The official story has never been thinner. Take a moment to contemplate what this means and where this might lead. Who controls what “death star” that could persuade this many educated, intelligent humans to engage in behavior this unnatural for all the world to see?

(Many thanks to our ally blogger nines for the images!)

5 comments on “Who Are Terrorists? See For Yourself”