World Governance is on the Offensive Via The United Nations

… World Governance is their Aim

Anticipate their next moves to achieve their objective, such as false flags and emergency summits to announce international agreements.
More telling, however, will be their actions.
For they will not invite you to attend, they will not provide full video coverage of their meetings (speeches are merely staged acting), and they will not provide full disclosure of the documents, with origins, and all who attend – including advisors and observers. The non-disclosure and secrecy nature is a feature of the ruler/master to the slave/citizen relationship.
Consider how they will force compliance, taxation, mass surveillance, cashless society, and other means.
Expect to see and read summit headlines empty of any details with specificity.
Note the rare and much hyped appearance of the Pope to address the U.N. (and the ancient Roman empire influence continues)…
September (Autumnal Equinox) apparently is a ritual month, never forget the September 11, 2001 false flag, and please search the internet for September ritual sacrifices.
Pope Francis is scheduled for Washington DC·Philadelphia·New York:

(Vatican Radio) The United Nations Secretary General Ban Ki-moon met with Pope Francis in the Vatican on Tuesday before going on to address a conference exploring the moral issues connected to climate change. The one day international symposium has been organized by the Pontifical Academy of Sciences and will include a video message to participants from Pope Francis about the Christian imperative of stewardship of creation. The UN leader said he had a “fruitful and wide ranging conversation with the Pope and he commended participants in the symposium for raising awareness of the urgent need to tackle climate change and promote sustainable development

I thank the Pontifical Academy of Sciences for hosting this important symposium, and His Holiness Pope Francis for extending such a warm welcome.

Pope Francis and I have just had a fruitful and wide ranging conversation.
I commend His Holiness, and all faith and scientific leaders here, for raising awareness of the urgent need to promote sustainable development and address climate.

That is why I say climate change is the defining issue of our time.
Responding to it effectively is essential for sustainable development.
[…]
This year, with the upcoming encyclical, the Sustainable Development Goals Summit in September, and a global climate agreement, we have an unprecedented opportunity to articulate –and create – a more sustainable future and a life of dignity for all. –United Nations Secretary General Ban Ki-moon

See: http://sitsshow.blogspot.com/2015/05/in-september-un-launches-major.html
[…]
The UN plans to launch a brand new plan for managing the entire globe at the Sustainable Development Summit that it will be hosting from September 25th to September 27th, 2015.

“For those wishing to expand the scope of “global governance”, sustainable development is the perfect umbrella because just about all human activity affects the environment in some way.  The phrase “for the good of the planet” can be used as an excuse to micromanage virtually every aspect of our lives.
So for those that are concerned about the growing power of the United Nations, this summit in September is something to keep an eye on.
Never before have I seen such an effort to promote a UN summit on the environment, and this new sustainable development agenda is literally a framework for managing the entire” [Earth].
[…]

If you are not familiar with this new sustainable development agenda, the following is what the official United Nations website says about it…

Posted below are the 17 sustainable development goals that are being proposed so far.  Some of them seem quite reasonable.  After all, who wouldn’t want to “end poverty”.  But as you go down this list, you soon come to realize that just about everything is involved in some way.  In other words, this truly is a template for radically expanded “global governance”.  Once again, this was taken directly from the official UN website…
∴ 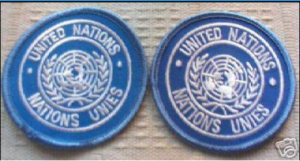 One More Reminder:
Institutional governance have not asked for your thoughts, they are implementing restrictions on (herding) you without your consent.
National slave farms agreeing to herd their domesticated live stock World Wide.
Can you say world wide CA$H Cows?