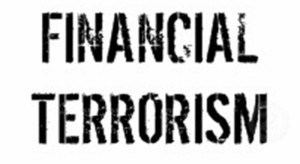 Below are a few puzzle pieces assembled for discussing the global “reset” being implemented by the globalists.
We must question everything, as there is betrayal of trust with a high probability of infighting, and a crumbling central banking system.
Consider Argentina, Ukraine, Libya, Middle-East, and various international emergencies…

As false flag ops (Ebola, cyber attack, wars, martial law), and other declarations of national emergencies loom over the People on Earth, we ask for your helpful research and comments to amplify the global dialogue to save the People on Earth.
One reminder, we do not support predicting dates for future events, because by definition events are event driven and thus can defy schedules.
We are grateful that you are here. ~Ron
.

1. Confirmed, consolidation (globalization) bigger “Too Big To Fail” corporations with government policies and regulatory agencies to support that model (FDIC, SEC, Treasury, FRS, etc.)…
They recently completed a “war room” simulation with UK, U.S. practicing how to respond during the coming collapse
http://www.reuters.com/article/2014/10/10/banks-regulations-collapse-idUSL2N0S52LK20141010
2. She said this is “unconventional” and is going on now, “Economies around the world” must move to another monetary policy (currency valuations): See Lindsey Williams’ secret sources info. below.

3. “Structural reforms” for 2014: “Final reset”…
These 3 points of the “reset” are mentioned in several different presentations for the year 2014 by Christine Lagarde, below is only one recording as evidence that she said it.

1. Globalist’s central banks and Trade agreements (TTIP, and others) has a role that assists in the revaluation of the national currencies.
He calls the event a “Global Currency Reset”.
This plan will bring about the U.S. Dollar losing it’s reserve currency role; causing the U.S. gov to raid pension funds for the government debt (to buy T-Bills, Treasury notes and bonds).
Steal pension funds!

2. His scenario is some foreign central banks will no longer purchase the U.S. Debt (T-Bills, notes and bonds), countries such as China, Russia, Saudi Arabia…
That is the excuse they will use to confiscate the pensions.

3. He does not think they are ready for a devaluation of the U.S. dollar, possibly sometime after the national currencies have been re-valued because they don’t want the banks to close with “bank holidays” just yet…
He says the “RESET” is a revaluation first before a collapse and a devaluation is only likely after currencies are revalued.
His currency reset time frame seems to have been wrong, however still in play before 2015.
He also claimed there were 204 (magic 7 number) countries that agreed to the currency revaluation policy. The IMF will keep their currencies within 5% differential of each other.

3. China has expedited the opening and operations of their Shanghai gold (PM) exchange. Interestingly, Singapore also launches a gold exchange. (*S’pore is suspected to be a Israel controlled puppet-State, research their military funding and SWF.)
New policy has international currencies within 5% range of each other, a controlled relationship to each other. 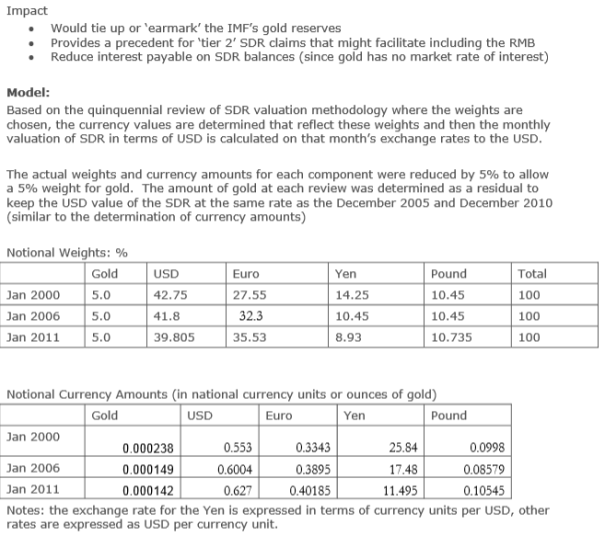 I have viewed IMF documents that formulate the inclusion of China’s currency and thus changing the ratios of the IMF’s current basket of currencies with gold.

Has Argentina, China, and Russia (others as well, but the Lindsey rumours are that “204 countries” have already) agreed or is it all a staged show to reach their goal even as opposition grows?
*We must watch out for those fakes, “Lip service”, phony appearances of agreements, and not only those false flags…
Obviously, national security/emergencies for War & Martial Law are effective tools to accomplish plans when opposition persists.

I counted 193 member-states of the United Nations as of Oct 2014 from the UN’s webpage: http://www.un.org/en/members/
Lindsey Williams’ comments interests me because 11 more countries would be required to be in agreement than there are nation members of the United Nations.
Careful consideration of his comments, if factual, implies some countries are not members of the U.N., this also raises the questions of which countries are not members, and a second question is could some member nations not be in agreement?

I have not done the exhaustive research for the exact number of countries on Earth, however my preliminary research reveals 196 or 204 {204 Olympic Nations, 209 FIFA nations, and 249 Country Codes in ISO 3166-1. Yes, I once was a sports fan before my permanent TV-Boycott} countries on Earth.
Does this indicate that Lindsey was misinformed, or are there more countries we do not know about (more sovereign states away from public scrutiny)?

What started my inquiry, after 9/11, was the “follow the money” criminal conspiracy research. The discovery of evidence that the global Matrix is a institutional control system with a global ponzi economy.
A fraudulent system.

SWFs are multi-billion dollar state funds (investors), and they are what really influences the economies. Perhaps there are 204 SWFs (not countries)?
Those investors, in agreement with the globalists could very well be the important entities.
The important Axiom: “Follow The Money“.

Thorny issue of counting countries: There are countries that are not U.N. members…

Vatican City is not a member for ecclesiastical reasons, and yet amazingly was granted full observer status.
Kosovo has recognition from 69 of the 192 members of the UN, but it is believed that Russia would prevent its application to the UN.
The Republic of China (aka Taiwan), is excluded because China will not allow its acceptance by the U.N. Security Council where it holds a permanent veto privileged.
Taiwan’s 23 million citizens are not represented based on the question of its sovereignty. Mainland China maintains that Taiwan is a part of China.
South Sudan, and Crimea, as it has only recently declared independence and therefore has not had the time to process an application to the U.N.
Palestine is also processing an application.