Libya, Syria, Iran and who is next?

War Is BIG Business!
Search news about the governments and note the lack of diplomacy to stop the current wars.
As the wars in Libya, Ukraine, Syria, and elsewhere has continued over the years, now it is difficult to hear a call to end any of those military campaigns. Rather we hear of more strategic military activities drawing in Turkey, China, Russia, and other nations to join joint military operations.
The above are the exact ingredients required to escalate world war.

Many have noted the evidence for concluding that this world war is about reforming the international monetary system.
Some individuals think one faction wish to remain with the current U.S. Dollar dominating the monetary system, while another faction is in opposition to the U.S. Dollar dominance has succeeded in forming the international monetary reform consensus.
Interestingly, all the Western nations are part of that consensus and that includes all 188 IMF member nations unanimously ratified that treaty.
Since that ratification process included the U.S. Congress, it is puzzling why the military conflicts are perpetrated?
Is it possible that neocons and neo-Nazi organizations wish to oppose that new world order consensus?
Or is it possible that war is a human sacrifice ritual (blood seal) requirement to bind the new world order consensus?

When the “Good” side defeat the “Bad” side, the popular news story will be the acceptance for peace and the monetary reforms that are already agreed upon. That false narrative could be used to manipulate public opinion into accepting the disruptive monetary reforms and preserve this fraudulent worldwide debt bondage system, rather than calling for removing the heads of central bankers that brought on this worldwide monetary crisis, abandon this fraudulent monetary system, and implement a stable and fair system for all.

– Lords Of War –
Russia and China “appear” to be the “Good” side and the Asian region is poised to be the next century of growth, eerily similar to what happened after WWII when the power shifted to America. China certainly has a visionary policy with their new silk road known as “The Silk Road Economic Belt” and the 21st-century Maritime Silk Road. Three years ago (2014), President Xi Jinping announced the ‘One Belt, One Road‘ concept, a key policy to connect trading partners along the ancient Silk Road.
Maybe that economic dominance for China is reason enough for a war campaign, or at minimum to flex military might to demonstrate they can protect their trade market with deadly force.

Speaking at a conference on the “One Belt, One Road” initiative in Beijing on Wednesday [17 Aug 2016], Xi called for a step up in the implementation of projects to provide “a solid sense of gain” to all the countries involved. He also requested better risk assessment and security for the projects along the route that passes through countries prone to wars, terrorist attacks and political instability.

The initiative, first proposed by Xi in 2013, aims at reviving the route that connects China and Europe via Central Asia and the Middle East, as well as a path through Southeast Asia and Africa. Critics, from countries including Kazakhstan and India, say the main purpose of the plan is to boost China’s geopolitical influence and export China’s excess industrial capacity to overseas countries. Doubts also exist over the feasibility and security risk of the initiative. –bloomberg.com

Russia, U.S., U.K., and France have shown their military might in recent wars, is it now China’s turn demonstrate the might of their military?
Most national economies are hurting, and war is the blunt tool often wielded when nations face ruin.

With war profiteering, arms deals, and the military industry reaping rewards, a motive can be clearly seen with the knowledge that The World’s Biggest Arms Suppliers are the U.S., U.K., France, China, and Russia.
Those five are also Permanent Members of The United Nations Security Council and the only members with Veto Powers.
Why aren’t the security council forcing a peace consortium to halt WWIII?
Even if only two out of the five permanent security council members agree to call the U.N. nation members to discuss diplomacy to end hostilities in war torn regions that would be more diplomacy than we have seen so far in this 21st century.

Worldwide military spending rose to $1.68 trillion in 2015, making up about 2.3 percent of the world’s gross domestic product, according to Bloomberg.

We should read what is presented in front of us, the lack of diplomacy for peace speaks loudly that war is their agreement, all that remains for them to do is to re-align and officially announce world war.

As difficult as it is for Americans to imagine how freedom loving patriotic citizens are witnessing the policy transformation from “Good” to “Evil” with blatant institutional criminality rampaging all social norms from freedom of speech to rigged elections, to rigged markets, to mass surveillance, and the tyranny of the police state with deceptive slogans for a never ending war on terror, the truth is hidden in plain sight.

– Grassroots Noncompliance –
Clearly the nations are no longer highlighting their diplomatic efforts to end the wars, but rather nations are strengthening their military capabilities and joint military efforts.
Many bloggers are writing about the globalists’ reasons for war against Libya and Syria, such as, no Rothschild-controlled Central Bank, no IMF debt, no genetically modified foods, wealth resources (oil, gas pipelines, and minerals), anti-secret societies, anti-Zionism, etc…

Israel, Iran, USA and other governments this is the time to obey the people and stop your wars, embrace peace and friendship.

Adrian Salbuchi, an international political analyst, researcher and consultant, wrote:
“Whether American, European, Arab, Muslim, Christian, Jewish, Buddhist, Hindu or Shinto, the time has come for ‘We the People’ to make our voices heard on the streets, with neighbors, family and friends, work and school colleagues, through social networks, demanding that Western so-called ‘democratically-elected’ governments – all of which are the direct result of the will of money-sloshing elites that financed their climb to top government posts through their favorite lie they call ‘democracy’ – stop doing what they are doing, and start doing what we demand they do.
Now; immediately: we must take our countries back.”

Mr. Salbuchi wrote that back in 2013, as he noted the war campaign ramping up against Syria.

– Expect A Lot More Propaganda and Mass Deception –
To manipulate public opinion and control the narrative, after all to deceive the public, is the mission for mass media news outlets in the 21st century.

Since U.S. President Bush and Prime Minister Blair launched weapons of mass deception (propaganda) to invade Iraq we have been calling for the end of wars.
The governments have continued propaganda, economic sanctions, and military campaigns without public support.
We know War is a Racket.
We know deception is used to justify all wars.
Having the evidence from previous wars it is clear that only a massive public war opposition with noncompliance is capable of halting war, along with other government abuses and violence profiting from shadow banking, secrecy and deception.

This is a call to Starve The Beast.
Find your courage to refuse to obey immoral orders.
Say NO to war. 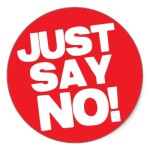 – Geopolitical Game Has Sudden Death Phase –
I conclude with a look into some disturbing possibilities:

The monetary reform has been agreed upon, but it is disruptive to the current fraudulent and unstable monetary system, aka Ponzi Economy.
The monetary reform is not a solution, no the reform is merely a reset with debt forgiveness for the banking system to continue as it did for the last 70 years.

Do not be deceived by the military war game, and yes it is played by the elite globalist like a game of chess willing to sacrifice pawns, knights, and any other to protect the King.
Meanwhile, they profit from the game of war, remove some undesirables and opposition from the population, and rebuild another century (70 years) of growth.

I remind everyone that politics is not what it seems, deception and secrecy are in the mix with the public targeted to remain ignorant and divisively dis-informed.
That is how I see the worldwide game is played, where sacrificing pawns and public officials to protect the king is a layered strategy that involves all nations – Russia, BRICS, Iran, and Turkey are not outside of that globalist game.

“I have the sensation that my pontificate will be brief: Four or five years,” Pope Francis said in an interview with the Mexican broadcaster Televisa.

I am documenting this discussion because I am expecting political deaths (assassinations) to shock the public (U.S., Russia, Turkey, Ukraine, and other governments may be on a list for aggressive diplomacy, aka the use of hit squads). I would not be surprised to read any reports of health issues with Pope Francis, Putin, Xi Jinping, Erdogan, Hillary, Trump, or any official influential in the NWO reform underway to meet the 2018 schedule for monetary reform.
Sudden death is also part of their deadly geopolitical game, remember the banker deaths.

And if you haven’t already discovered who the “King” is then know the hidden hand is worshiped in secret, okay, correction it is no longer a secret, the elite worship Lucifer in public.
The elite globalists no longer hide who they worship:

Many more examples of Lucifer worship and dark occult demonic rituals worldwide, and especially in corporate sponsored professional entertainment and sports. This is so prevalent and open to the mass populous that it is no longer a secret 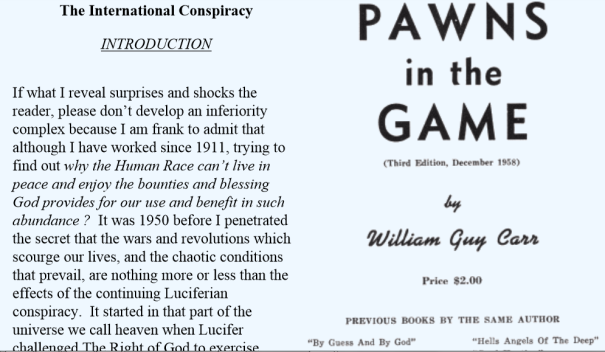