Home › Freedom-Expressed › Is A Power Struggle Boiling-Over In Europe, Or Is The EURO Burning?

Is A Power Struggle Boiling-Over In Europe, Or Is The EURO Burning? 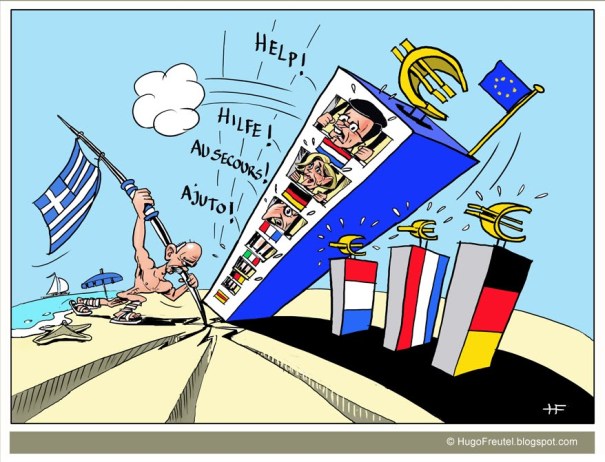 …is Europe burning the Euro or Euro burning Europe?

The public is witnessing a lot of political dramas at the heart of the eurozone crisis. But European families and individuals are suffering through rising costs to live and higher taxes while facing the worst economic and social crisis in decades.
Yet they have it good, we are told, when compared to the rest of the world. After all, the ruling class is properly managing the “global economy” for our mutual welfare, right?
Perhaps some with that mindset will welcome the EUROPEAN UNION.
Personally, I do not know the majority of living standards and what disparities are across 27-51 countries, so look at what is reported here and share your comments.

Federal Minister of Finance Wolfgang Schäuble of Germany is starting to show signs of rebellion against the elite in Brussels. With the event of BREXIT, the EU is more concerned about trying to punish Britain than they are in reflecting upon what is going so terribly wrong. They will throw their support behind Macron in France fearing that a Le Pen win may be the end of Brussels. Consequently, the EU Commission is trying to punish Britain, and is actually dividing Europe once again. There will be the EU membership, and then there will be the Eurozone within, limited to those countries who surrender their sovereignty to Brussels relinquishing their currency, but not their debt.

Schäuble is clearly attempting to save the Eurozone and make it operational at the same time to protect German exports within Europe. The driving force behind the Euro was to eliminate foreign exchange risk so German manufacturers could sell to all of Europe on a regular basis without currency fluctuation disturbing their sales.

Yet Schäuble is actually looking at reducing the power of the EU for reading between the lines, he has no confidence in the abilities of the EU Commission to manage Europe. Obviously, BREXIT is restructuring the EU only insofar as they seek to punish Britain rather than reform the problems that caused it. That means the Euro zone will be restructured as a block within the EU leaving the institutions, such as the ECB, applicable to the EU. The rules within the Eurozone are by no means clearly defined. This is how Markel opened the gates to refugees without ever going to a vote first in the EU. Thus, the unilateral decisions of Germany have then been applied to all of Europe without any democratic process whatsoever. 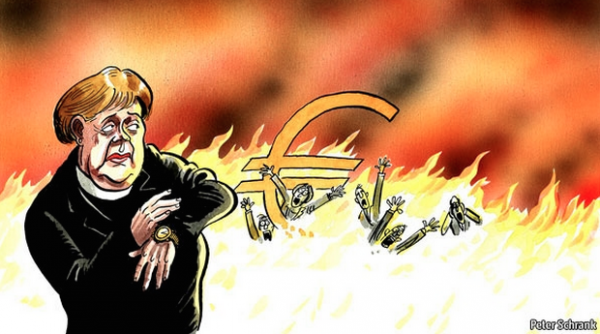 WASHINGTON — Greece wasn’t on the agenda of the International Monetary Fund’s spring meetings over the past several days. Perhaps it should have been.

Greece-watchers were hoping the Washington confab, which brings together senior financial policy makers from across the globe, would lead to a breakthrough in the country’s tortuous bailout negotiations as the key players met privately on the sidelines of the gathering.

Schaeuble spoke with reporters Friday at the conclusion of two days of talks among finance ministers and central bank presidents from the Group of 20 major world economies. Germany is chairing the G-20 this year.

The G-20 discussions were being held in conjunction with the spring meetings of the 189-nation International Monetary Fund and its sister lending organization, the World Bank, which are scheduled to conclude Saturday. Treasury Secretary Steven Mnuchin and Federal Reserve Chair Janet Yellen were representing the United States at the discussions.

7 comments on “Is A Power Struggle Boiling-Over In Europe, Or Is The EURO Burning?”