Threats and coercion may have frightened off the politicians in Catalonia, yet the People living in Catalonia voted in what is now claimed to be a non-binding poll for independence, rather than a secession referendum for independence.
Some media reported: “Regional authorities said 2.3 million Catalans had voted, with 80 percent opting to break away.”
Clearly, Spain’s, and the E.U. governments, are not successful in presenting their form of controls as beneficial to the Catalans, and support for the E.U. is nonexistent in Catalonia. Read More at theburningplatform.com
Will Spain or Brussels use martial law and tanks next? ~Ron
.

After Spain’s High Court ruled the independence referendum proposed by Catalan leader Artur Mas unconstitutional last month, the Madrid government has also issued a ban on the informal poll, forbidding Catalans from making any public show of support for independence.
Thousands rallied in front of the National Museum of Catalonia on Friday, however, in an effort to show resolve to stage the November 9 so-called “consultative vote,” despite warnings from Spanish PM Mariano Rajoy’s government to disrupt it. –rt 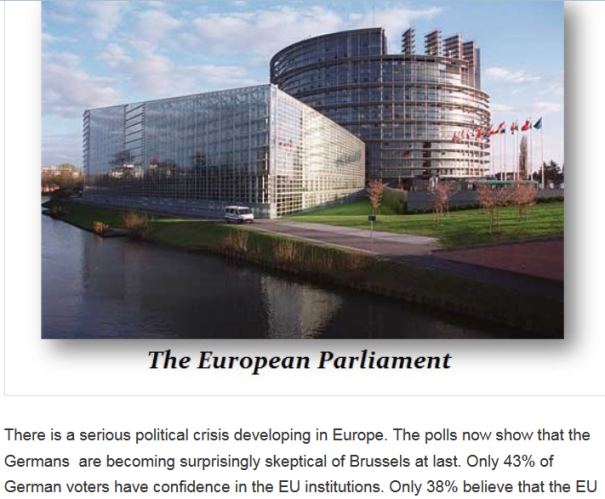 There were more than 1,300 polling stations in the region. More than 40,000 volunteers had set up polls and accepted the ballot. Around 5.5 million voters over the age of 16 were able to participate by presenting their identity cards in the survey.
[…]
Spanish Prime Minister Mariano Rajoy stressed that the survey will have no effect. “As long as I am head of government, the Constitution is respected,” he reiterated.“No one will break the unity of Spain.”
[…]
Rajoy is certainly not a real representative of the people. He clearly has no business being in politics since he does not respect the people and only jumps to whatever Brussels demands. –armstrongeconomics