Home › Freedom-Expressed › The U.S. Transformation And Disturbing Trend Is Following The Global Script

The U.S. Transformation And Disturbing Trend Is Following The Global Script

The Crisis Is Not A Accident, It Is Policy

“Never allow a crisis to go to waste“.

Institutions are following a script.
Americans are seeing RED as poverty, bankruptcy, and misery increase.
The script is not one single crisis event, or a false flag incident.
Over the decades, year by year capital and development moved to emerging markets and the obvious results have been the formation of G20; BRICS; Eurasia Economic Union (EEU); Shanghai Cooperation Organization (SCO); Union of South American and Caribbean Nations (UNASUR); Community of Latin American and Caribbean States (CELAC); and other regional frameworks in what is politically being framed as  multilateral or multipolar replacement of the U.S. unipolar (U.S. Dollar) framework.
More bluntly stated these are Regional Economic Integration zones with Foreign Direct Investment.
Everywhere we search we see this puzzle piece fits the International Development agreement policies being presented as investments and forecast trends in the financial industry and geopolitics.
Wealth is being redistributed.
The current phase of the script calls for China’s currency, the RMB, to be a global reserve currency and possibly fully convertible… 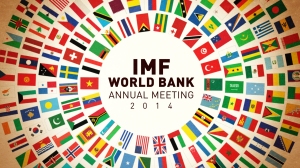 Sadly, we forecast the political and financial machinery to “Scapegoat” external factors and/or terrorists for derailing the economic recovery and hard work of average Americans. The looming crisis will be used to further the script with emergency measures and emergency policies.
With the additional assistance of the mass media to distract the focus away from taxation policies and newly funded programs that have magically been agreed upon by the international community of nations. No public forums will be covered by mass media news detailing the many trade agreements that implements policy reforms and new institutional bodies that affects everything from food prices, to currencies, to banking, to investing, to taxes, property ownership, to privacy, and beyond.

$5.7 trillion is emerging market dollar debt, a global reserve currency those countries can neither print nor control. Dollar hard-currency debt of emerging market economies has tripled in a decade, split between $3.1 trillion in bank loans and $2.6 trillion in corporate bonds. In the last two hundred years, very few cross border lending binges equate in size and scale to this dollar denominated debt colossus fuelled by first world quantitative easing on an unprecedented scale and with near Zero Interest Rate Policy (ZIRP).

“What Is The Carry Trade?

“It’s the borrowing of a currency of a low interest rate country, such as the US, converting it to a currency in a higher interest rate country and investing it in high yielding assets of that country and elsewhere. The big trading outfits do this with leverage of 100 or 300 to one. This causes important moves in the financial markets, made possible by the trillions of dollars of central bank money creation in recent years.

“Borrowing US dollars is the equivalent of shorting the US dollar. If the US dollar rallies, as it has done over the last several quarters and months, then that dollar debt becomes more and more expensive to finance on a relative basis around the world. As a result, a US dollar rally is oil negative, commodities negative and most global asset classes negative. Much of the global debt was taken out at real interest rates of 1 percent or less on the implicit assumption that the US Federal Reserve would continue to flood the world with liquidity for years to come.
Read more –marketoracle.co.uk

8 comments on “The U.S. Transformation And Disturbing Trend Is Following The Global Script”