Home › Freedom-Expressed › Can You Imagine Engineering A Community/Civilization As P2P?

Can You Imagine Engineering A Community/Civilization As P2P?

The documented evidence convinced me that civilizations are engineered and scripted – indeed, civilization is not an accident.

If you are not at least a bit concerned about what is happening, you are ‘not’ paying attention.

When I contemplate engineering an alternative civilization or a smaller freedom nurturing voluntarism community, I see many challenges, and all are required to comprehend natural law (rights and wrongs) and value truth, free source tech, knowledge sharing and full disclosure.

Decentralization, Free Source and Peer Sharing networks would be the foundation for an advanced freedom nurturing community valuing truth and prosperity for all.
Rather than “cashless” I would opt for diversity – with many different forms of “money” – where fractional reserve banking would be abolished and not acceptable. 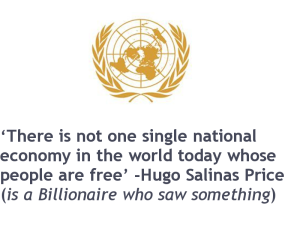 I see the well-meaning tech-geeks’ excitement to develop new digital toys on the internet and blockchains.
I doubt that digital-tech trend will end, thus I ask the question how can the blockchain and internet be developed to nurture freedom, honor privacy and thwart the globalists’ control agenda?

The Drive to Cryptocurrencies, Who is Really Driving This Agenda?
Read “EXPOSED: The real creator of Bitcoin is likely the NSA as One World“…
And A Russian lawmaker claims that Bitcoin is a CIA conspiracy [to finance terrorism]

If blockchain tech with smart-contracts is akin to Email with ledger/spreadsheet formatting and legal agreement attachments, then cryptocurrencies (virtual currencies) face the same devious machinations as other national currencies controlled by the banking cartel…

The crux of the problem is monetary policies, regulations, and citizens’ ignorance.
The globalists with their technocratic global agenda are currently governing the international monetary system (IMS) and engineering the digital version to reset the current failed system.
The officials call these reforms and regulations necessary for improved resilience and sustainable growth – but remain based on the same fractional reserve banking system.

Cryptocurrencies Are A Trap!
Cryptos and Precious Metals Are NOT Allies! -Chris Duane

Title: Cryptos and Precious Metals Are NOT Allies!
Video posted 18 Sep 2017 by TruthNeverTold

In 1996 the NSA published a White Paper titled “How to Make a Mint: The Cryptography of Anonymous Electronic Cash”. The white paper’s index reads like an outline of today’s cryptocurrencies. In 1997 First Monday, a peer-review journal on the internet sponsored by the University of Illinois at Chicago, published “Smart Contracts: Formalizing and Securing Relationships on Public Networks” Which laid out the foundation of today’s Smart Contracts.

Urban legend says that Satoshi Nakamoto released bitcoin on January 9, 2009 near the depth of the crisis (QE began in March) claiming to have written the code in 2007. Yet he has remained anonymous and hidden. Is it a coincidence that cryptocurrencies were revealed as the markets were crashing?

There are those that believe cryptocurrencies bypass central banks. But what if they don’t?
What if they actually support the goals of the established system?
What would that mean if everything we earned, owned and spent was controlled by a small group of technocrats? -Lynette Zang

Title: The Drive to Cryptocurrencies, Who is Really Driving This Bus, by Lynette Zang
Video posted 28 Sep 2017 by ITM Trading
Slides and Links:
https://www.itmtrading.com/blog/drive-cryptocurrencies-really-driving-bus-lynette-zang/

Simultaneously, the globalists are also engineering artificial intelligence, FINTECH patents, and what they call the Fourth Industrial Revolution (aka the digital economy with robotics and human/machine experimentations).

This is all related and engineered within the globalization script.
Consider cultural engineering, human experimentation, organs on a microchip, wars, climate manipulation (aka, geoengineering and terraforming) and Full-spectrum dominance.
With unlimited capital (the central bank cartel create as much money as they require) they fund abominable experiments, dictate regional development, fund massive secret projects and covert operations – yet refuse to have open public debate, and refuse to abolish starvation/malnutrition and homelessness.
Indeed, policy makers in think tanks and institutions are scripting and engineering civilization.

Read about 7 Human Organs on One Chip… 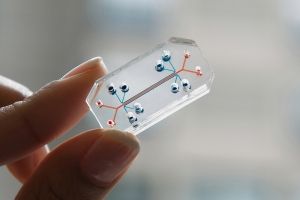 The Human Emulates of Ems are poised to become the bane of humanity in the very near future.
An Economist and social scientist Robert Hanson outlines his analysis of Ems in his TED talk titled, ‘What would happen if we upload our brains to computers?’
His projection of what’s to come sounds eerily similar to the familiar prophecies of an image of the beast, and mark of the beast, surrounded by the number of a man 666.

One comment on “Can You Imagine Engineering A Community/Civilization As P2P?”