Without Criminal Indictments This is Merely a Entertaining Show 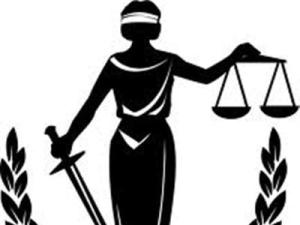 I wish to state this bluntly for everyone to clearly understand.
Hillary and Bill Clinton are international criminals who were not prosecuted for their many and ongoing crimes.

The corporate mass media coverage is simply a circus show to remind all who would oppose this corrupt system will face the wrath from the hierarchy above.
Yes, the governments and courts are rigged.

So yes, Hillary can truthfully state her classified email didn’t “clearly” state it was classified, even though that doesn’t matter under the real espionage act. Because imagine, if a undercover double-agent spy removes classified information and then white-out the classified markings from the documents, and send it to you, and later FBI agents raid your home to find those classified documents that are not marked classified then you too would face prosecution under the espionage act. But Hillary was given the ‘special’ treatment because she is ‘protected’.

Hillary’s mishandling and violations of the Espionage Act while she was head of the U.S. Department of State was covered up by the Obama regime and continues under the Trump regime through the DOJ/FBI agencies and political apparatus that includes most corporate mass media.

If we take into account that governments are not a single organization and that opposing factions could be facing off (some Trump supporters claim Obama holdovers are obstructing investigations, rather than Trump – but Mr. Wray, Sessions, and others are Trump appointees from the swamp) we should ask more revealing questions about the foreign Intel connections and bank funds.

How much foreign influence exist in New York and Washington DC power regions?
When will Congress or Trump investigate FISA warrant abuses?

How Much Longer Will the U.S. Government Injustice and Protection Racket Continue?
Does it matter if government corruption is controlled by domestic or foreign crime-lords?

“The guy who started all of this was John Brennan [multi-agency taskforce against Trump-Russia collusion], the C.I.A. Director in cooperation with Clapper – none of this will be fair unless both of them find themselves in front of a Grand Jury.” -Joe Di’Genova

“This is the first of a series of reports on the Department of Justice Inspector General’s report on the investigation of Hillary Clinton by the FBI and Justice Department.
This report focuses on DOJ’s legal interpretation that virtually assured Clinton would not be prosecuted.
And that, as the IG reports states, the FBI and DOJ knew that “by September 2015.”

Without criminal indictments everything is merely a entertaining political game show.

Do you Remember the redacted appendices, attorney and agent names from the public version of the OIG Report?

Slowly, some of that information is being shared with the public:
Two more fraternizing FBI employees with anti-Trump and Pro-Hillary political bias were involved in both investigations to protect Hillary and attack Trump.
Those two redacted FBI names are Sally Moyer is “Agent 5”, and “Attorney 2” is Kevin Clinesmith.

We found messages in which FBI Attorney 2 discussed political issues, including three instant message exchanges that raised concerns of potential bias,” the IG report says. The Midyear investigation is the Clinton email investigation.

Attorney 2 was assigned to the Clinton investigation early in 2015 and was not the lead FBI attorney assigned. He provided support as needed.

FBI Attorney 2 was also assigned to the investigation into Russian election interference and “was the primary FBI attorney assigned to that investigation beginning in early 2017,” the report says.
Read: https://heavy.com/news/2018/06/kevin-clinesmith-e/

Then there are other OIG Report redactions:

Is George Soros Funding Disruption At the Borders?

I have suspicions about the disruptive open border campaign as I observe the open borders campaign has caused disruptions in both Europe and America.

I invite you to share source documents and follow the money, so we all may become aware of what is really happening behind disruptive international events and policies.

Below are videos with details worthy of more research and investigation.
The money for the immigration campaign is not a grassroots movement, and following the money should lead to the globalists’ financiers and organization network behind these disruptive activities.

Globalists Are Freaking Out at the growing level of distrust and legal complaints:

Title: Klayman Discusses With Bill O’Reilly How He Will Legally Take Down Robert Mueller!
Posted 25 Jun 2018 by Freedom Watch
…

Title: Nationwide Protests at ICE Centers
Posted 25 Jun 2018 by Headlines With A Voice
…

Dear Citizens: You Have Criminals, Satanists, Pedophiles, and other Assortments of Ruthless Villainy in Government

The U.S. Government Criminality Has Escalated To The Stage Where They Literally Murder Whistleblowers In Front Of Us!

Institutional Crime Is A Worldwide Plague