Home › Freedom-Expressed › Oregon Crisis Continues: No, Not The Militia Shooting

Oregon Crisis Continues: No, Not The Militia Shooting 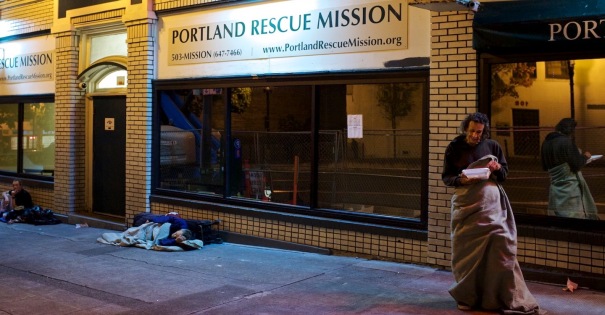 The Portland Rescue Mission provides emergency services of food and shelter at their downtown location on West Burnside. They also provide addiction recovery in the form of a 12-month residential program. Thomas Boyd/The Oregonian

This Is America
The documented evidence reveals there is a crisis in government.
While the corporate mass media and the alternative media are focused on the recent Oregon Militia Shooting, there is another Oregon crisis that goes unnoticed.
The severe homeless crisis in Oregon continues, and it is cold!

Below I share two reports that attempt to be helpful by calling attention to the homeless problem. ~Ron 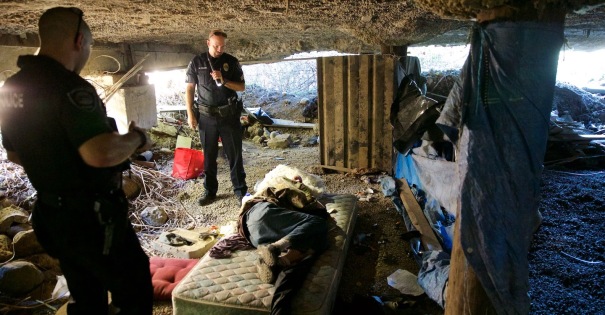 Oregon City Police Sgt. Matt Paschall checks on homeless camps in Oregon City, Oct. 9, 2014. The homeless are often hidden in suburbs but that doesn’t mean they aren’t there. Sgt. Paschall and another officer find a man sleeping under a ware house near the Clackamas River. Thomas Boyd/The Oregonian

The homeless population in Portland has steadily increased since 2007 even while national rates have dropped by 11 percent during the same period. The Oregonian has characterized it as a problem “spinning out of control.”

Ten years ago, Portland said it would end homelessness.
Today thousands still sleep outside every night in the metro area…

A decade ago, federal housing officials made a deal with more than 300 American communities: Let’s end chronic homelessness in 10 years.

Local leaders nationwide embraced the challenge.
They drafted plans, created budgets, held public meetings and congratulated themselves on being part of a national movement to get people off the streets.

Then most failed. Miserably, in many cases. 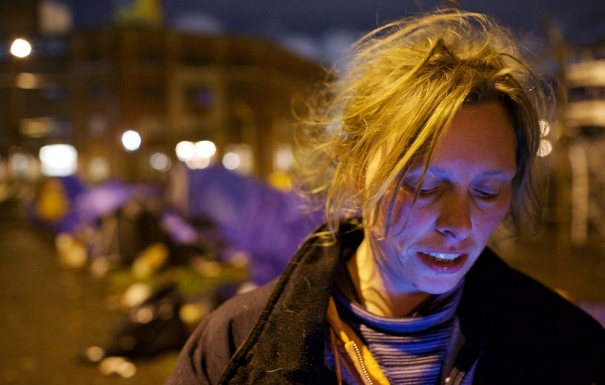 On a frigid January morning, a tour through Portland’s Dignity Village follows the same path its residents are required to travel. All were, or are, homeless.

Newcomers to this homeless refuge huddle in the warming station, a small portable with photos of smiling former residents and where they are required to stay during a 60-day probationary period.

They hope to graduate to a small makeshift home…