Below is a small collection of discussions that everyone can share to stimulate creativity and solutions to the current challenges the People on Earth are facing today. ~Ron 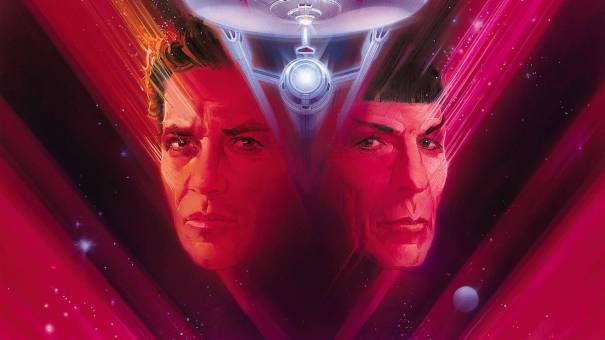 Yes, many People are sharing awareness and facing ridicule or scornful jokes because it contradicts the established norms.
Our stories must be told in contrast to his-stories (“history”) for a real change that replaces the current meme (false reality) of control and authority.
The real change is from within, as Aware People embrace their personal sovereignty.

I look forward to sharing more of “Ourstories” in the worldwide Dialogue of Awareness and shift of consciousness.
Already I am heartened by the number of “ourstories” I have posted over the years, and the many I did not re-post for whatever reason.
As many influential individuals and groups intend to “RESET” this flawed system in hopes of returning to “normalcy“, there are also many of us with intentions to manifest true freedom for all who want it.
The control system was never acceptable and now it is no longer tolerable.
Thankfully, with a ironic twist, the raw magnitude of institutional criminality is on full public display today in Congress, Parliament, White House, governments, Wall Street, Central Banks, financial industry, and what was unseen, is now visible to most.
The criminality is Too Foul and disruptive to ignore or accept by the People with awareness.
Leaving only the truly stubborn believers who are unwilling to even investigate their beliefs in light of the contradictions so they continue blindly obeying their masters. 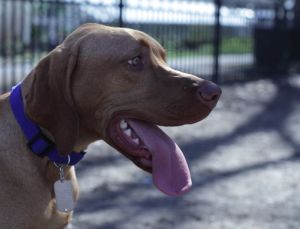 Indoctrination and obedience training are very effective for mind control.
Central planners went so far as to mandate wearing military “Dog Tags” and recruits do not comprehend the full meaning…
I should have shared more military stories, perhaps I will in the future, but they are very traumatic stories.
Healing is needed, for the People on Earth have suffered centuries of trauma.
To perpetuate the trauma with a economic system reset because it is normal is not the answer, thus a “currency reset” is not the answer even with “Good” intentions. This flawed view is on full display in Homeland Security & their War on Terror.

Grassroots & Local Communities
The probability is that several different approaches will manifest, hopefully with full transparency for people to freely choose among many choices.

Exercising imagination, creativity, and Artistry…
Wholeness-Thinking with both hemispheres of the brain and the heart for Creativity & Innovation – Creativity being exercised
https://ronmamita.wordpress.com/2013/04/09/sharing-creativity-artists-tinkerers-inventors-engineers-and-all-of-us/
https://ronmamita.wordpress.com/2013/08/21/deceived-worship-a-golden-calf/

Not a mechanical simulation, but rather a spiritual-organic manifestation/creation.
Yes, the people can develop both technologies: mechanical and spiritual…

From the congested and more energy dense center of the galaxy our seeds traveled here to the outer rim, here this local cluster of planets called solar system with Earth.
Earth Mother has many names [Sophia/Gaia/Pachamama/Graha/Bhuma Devi/Hou Tu…].
Earth Mother brought us here, some say she was captured and transported here, and many versions of tales of trickery and deception led to the enslavement of the planet Earth.
What do you call the enslavement of a woman and her children?

What is money? How does money effect society? The answers are found when diagnosing the ills and diseases in society.
The concept of authority, government, central control, hierarchy, and the like is embodied in the monopolization of money into national currencies.
A global money cartel is what the central banks are.

Discuss the past stories of slavery and rulers, Note: all regions on Earth have experienced overt slavery.
AKA: Legal slavery

Telesti – “Those who are aimed.”
The stories children are told guides or aims their lives…
Today corporate mass media and institutional “schooling” tells the stories that guide the people.
These institutional stories have many false stories that supports obedience to authority and war…
Think about this: We are aimed by the stories that we were told and believe.
What stories were you told and what stories guide you?
What are you aiming for?
What is guiding you?
It may be true that most people are not aware of the answers to those questions.
Those same people may not realize when their thoughts, actions, and their talk are in disagreement.

DIMENSION is merely a measuring tool, nothing more

* Much like a 12″ ruler is a measuring tool, a yard stick is more helpful at times…
* A satellite system of GPS is a better measuring tool, yes?
* Many people confuse the concept of dimension much like they confuse the term anarchy…
* drawing a circle on a chalkboard is like putting makeup on the face, you are merely smearing a 3D paint on a 3D object.
* Chalk is the 3D paint, and the chalkboard is the 3D face to be painted with chalk.
* Yet, many people speak of this as if they are altering reality with dimensions…
* The popular tradition today of conceptualizing 3D as more than a measuring tool is troublesome and problematic.
* Nth dimension is the correct tool concept, the number is your advanced ability to measure.
* Each measure is numbered as in: 1. the length, 2. the width, 3. the height/depth/altitude, 4. frequency, 5. density, etc.
These are the tools of measure.

The dimensions of the house were precise.

Tools are helpful and we should not confuse them as an alternate reality.
Reality has no “alternates”.
A location and differing locations are more precisely coordinated and explained with more dimensional tools.
Reality is still reality and with more advanced tools you will be better able to navigate reality and have others meet you there.
With more advanced tools of measure (more dimensions) one can also craft and construct more varying things than before; these new constructs may seem like magic or impossible to some limited observers.

I imagine advanced entities are utilizing additional tools.
Some of these entities may have less density and higher frequencies, and as such we may not see them with our limited eyesight. Thus as we develop more tools and skills we will see them or become aware of them and communicate.
Perhaps those entities can travel where we have not and thus we have more challenges and opportunities to experience more…
We can innovate, invent, discover, and advance as we improve our tool kits and explore our imaginations.

* Thus “Truth” can be and is known. Observing the factual experiences of the past and the present is observing reality and truth.
Did it happen or not happen means it is real or not real.
* We have a limited experience and are told/taught “false” stories of experiences, thus our thoughts about reality can be limited and can be false.

ANARCHY in an advanced social experience

FREEDOM is ANARCHY
This, anarchy, is not chaos, Greek origin meaning without ruler.
Aware, informed and empowered People would develop and nurture skills to comprehend their freedom and sovereignty.
This nurturing and awareness would be open source knowledge and information in all story telling and be shared with the objective of assisting the maturation of children.
*Discuss RESPONSIBILITY as the Ability to Respond to all stimuli, and being accountable for one’s actions.
Aware and informed sovereign People, would correctly assist each other with open source information and applied research to advance technologies and skills, and to defend themselves if violently attacked. This is a Survival skill of self-defense and it is also a non-aggression act. Some people incorrectly label it a violent act.
Furthermore, there exist many methods to resist violent attackers and defend oneself, some methods are deadly while others are not deadly.

Consider nurturing maturity, responsibility, and skills to assist others:

Below is a researcher, Sugata Mitra, stumbling upon Spontaneous Self-Organization phenomena in self-education among kids.